2020 was off to a great start, and then COVID-19 hit.  I’m lucky that my living space has a set-up for online lessons and I had some very loyal students stick with me through the year.  While my business didn’t expand as I was hoping, it was nice to take the reduced hours as a way to improve the website, my shopify store, and other entrepreneural activities.  Which leads me to my two biggest compositial projects to day.  Scoring the short horror film “The Rage” and composing a song for a Marc Anthony commercial and Tiktok campaign.  Let’s talk about those first. 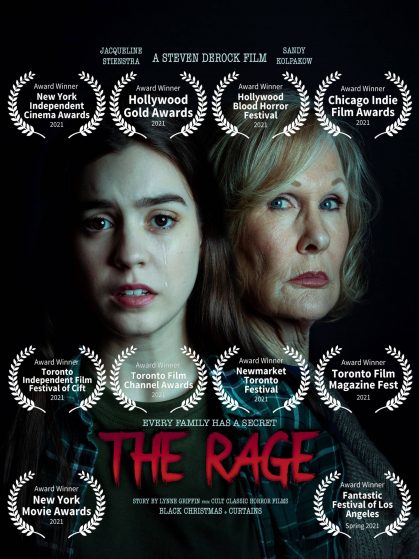 This was a GREAT opportunity for me to tap into my love for horror films and sound design.  Since the film’s lead villain is a grandma I didn’t expect to take the compositional approach that I did, but the contrast really paid off.  The theme for Clare, the grandma, turned out to be a more Rob Zombie inspired distorted synth part, and somehow it worked beautifully.  Between these distorted synths, some creepy atmospheric sound design, and the main piano theme, this short film gave me the opporutnity to permutate these themes, blend them together, and really tap into how each theme related to the characters.  Similar to the last horror film I scored, “Coming Home”, the piano part actually came to me about 1 week before I was even offered the gig.  This creepy piano theme was simple, and explored some new harmonic tricks that I hadn’t tried in the past.  You can purchase the main piano theme HERE, or listen to it HERE.  To be honest this film has now recieved over 20 awards but the poster can only hold so many laurels, so we’ve picked some of the best awards to highlight.  Biggups to Steven DeRock for submitting this piece to so many festivals, and having our film shown in Hollywood as part of a LA film festival.  The hope is that the crew can work on this horror film in an expanded full feature film in the future, and wheels are in motition so stay posted!

YES!  Commercial writing might be the only type of compositional work that I love as much as writing for horror content (OK…and video game content is way up there too…) so these two gigs back to back were a blessing!  Big thanks to Sandy Kim, Artistic Director for Marc Anthony, for getting me on board with this project.  The commercial went though a few types of some styles to really hone in the sound that the crew had envisioned and the experimentation ended us up with a well suited product.  We were aiming for something slightly edgy and funky, originally with more urban undertones, but overtime zoned into the funky fresh track that you can listen to HERE.  The track has some inspiration from the newer Dua Lipa album released this year, as it seems funky material is coming back full force!  The contrast between the horrific material in The Rage and the fun and funky sound of this commercial was not only refreshing as a composer but also a fun challenge to switch mood to dramatically back to back.

2020 is a “count your blessings” type of year for me.  Yes it was a struggle at times (more mentally than anything), and YES I acquired a likely permanent voice injury heading into the pandemic (more on that another time I suppose), but I’ve learned to roll with the punches and keep pushing at my craft as intensely as I can without burning out.  I’m looking forward to finishing up the layout of the shopify store in 2021 and then from there it’s about writing writing WRITING!  Now that my songs will have a home where I can easily license them, and I have full control over my ownership, I’m ready to double up my workflow to keep a consistent stream of compositions coming out for licensing projects.  There’s more to announce, as I’m writing this near the beginning of 2021, but I have to save something for next years wrap-up blog, so stay posted!